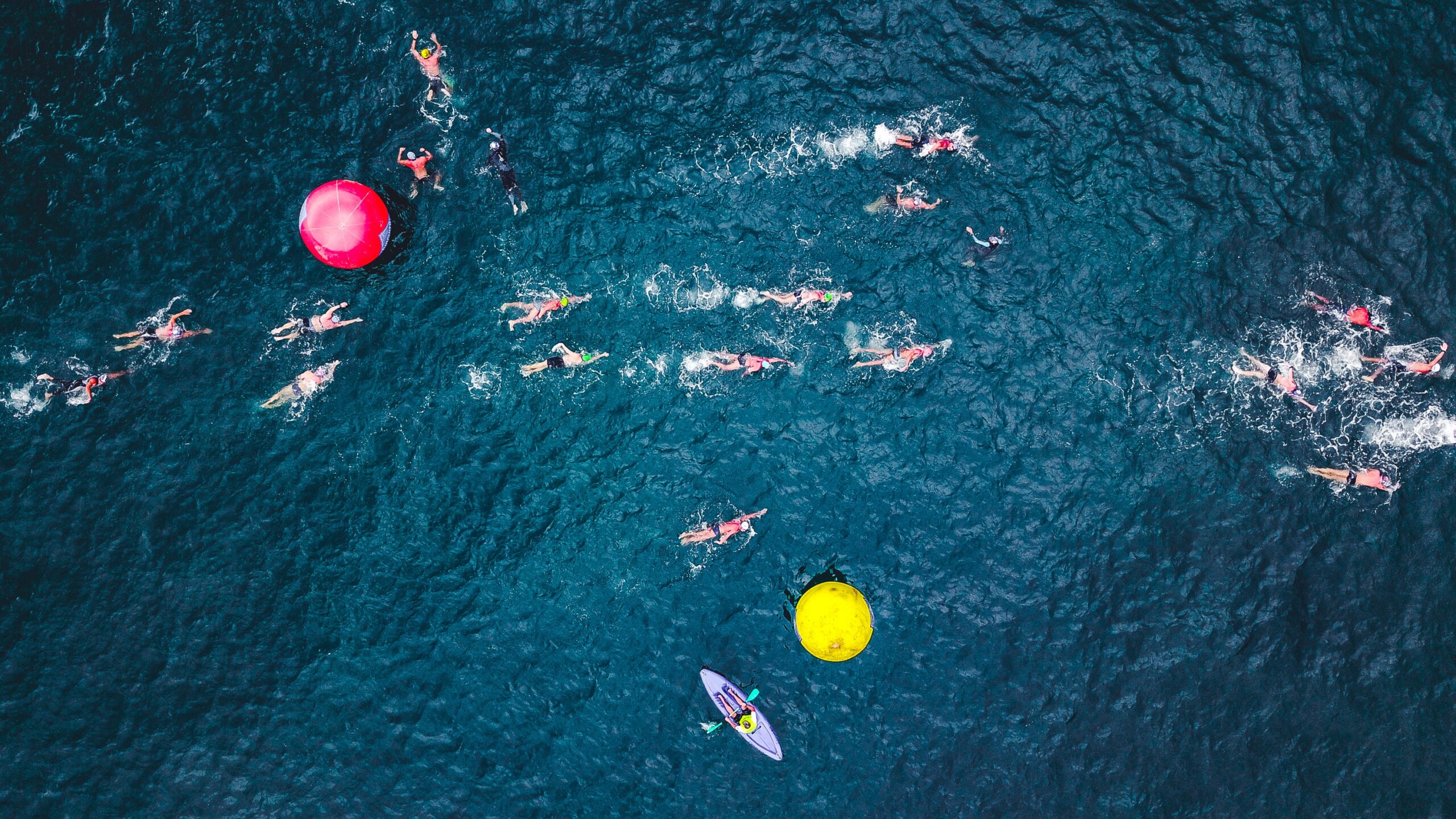 A triathlon is harder than the sum of swimming, cycling and running. But how much does a 2-km swim effect your cycling performance? Can you still use your cycling power meter values and functional threshold power? Or should you throw them overboard? Let’s find out what science tells us!

You might think your threshold intensity is a fixed value. But if you don’t take fatigue due to swimming into your equation, you will have an empty tank before you get towards the finish line. Let’s look at exactly how much a 2-km swim influences your cycling performance.

That is exactly what researchers wanted to test in their recent study, that got published in April 2020. They got eighteen trained triathletes performing a cycling test twice on separate days. One test was done immediately after a 2-km swim and one without prior swimming.

In another study (2019) they tried to find the same answers but took a little different testing approach. They again looked at the effect of a 2-km swim on cycling performance. Instead of using a 3 minute all out test, they went for an incremental ramp test. Many of you know this test as a classic VO2max test.

When looking at the maximal parameters, maximal oxygen uptake and peak power decreased after swimming by an average of 4.0% and 4.5% respectively.

We’ve also seen higher cycling heart rates at the same power output after swimming. So, if you don’t use a power meter and target a specific heart rate, you will produce less power after a swim then in an isolated cycling time trial.

You might say 5% is not a lot, and I agree that I expected bigger changes. But if you don’t take this drop of power into account, I’m sure you’ll regret it. Oh, and don’t forget: after you finished swimming and cycling, your running shoes are waiting for you… Don’t forget to enjoy!

If you enjoyed reading, why not share it with your friends by using the share buttons below! Thank you!