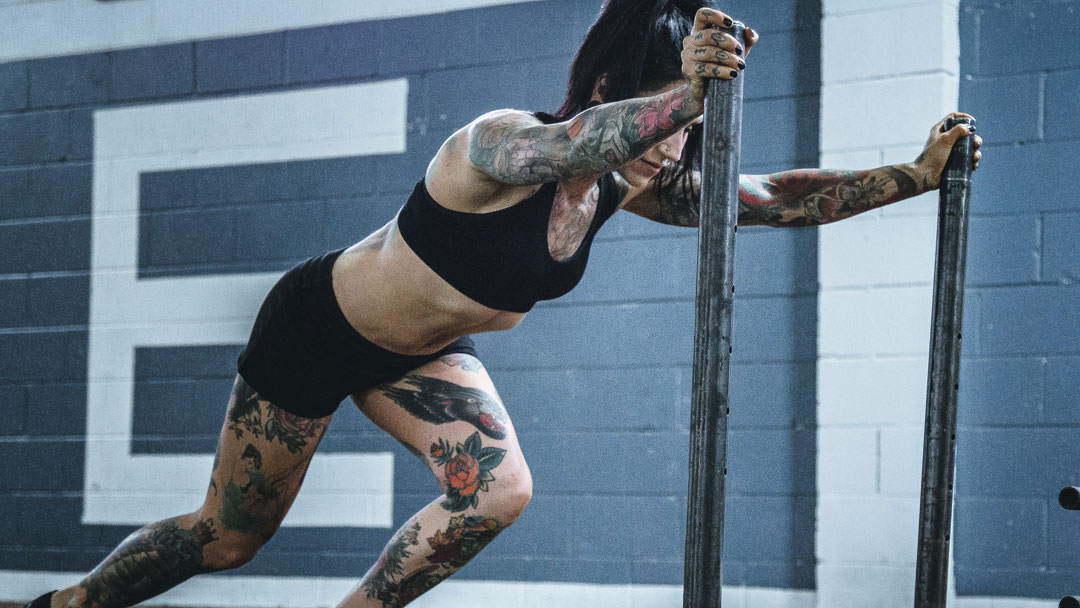 Velocity based training (VBT) is a game changer in strength training. It can have all kind of benefits relative to old-fashioned set and rep counting. Ideally, we would talk about the bigger picture of velocity-based training in this article. But today we will immediately dive into a practical example which you can understand without any foreknowledge about VBT.

Let’s take a simple example. Imagine you want to get better at a certain exercise like a classic bodyweight pull-up. You could make a training schedule that says something about sets, reps and rest time. I can imagine you start with few sets and reps and a good amount of rest time. You would call a training session done when you can’t pull yourself up anymore. Slowly you would increase the sets and reps and get stronger.

You find out that your training schedule works, get enthusiastic about it, and you share it with your workout friends. You could also be a coach and find yourself in the same situation. Then one of your friends or athletes asks: why did you choose 3 sets with 10 repetitions instead of 5 sets with 6 repetitions. No matter how good your explanation, it will be difficult for you to explain why an extra set or an extra repetition works better or worse. That is because there is no rationale behind set and rep counting.

Let’s look at the same goal of getting better in pull-ups, but now use velocity instead of rep counting. Velocity will tell us two things. First, the higher the weight the slower the movement. You can lift a feather to the ceiling faster than a heavy bag. Try it. This relationship between weight and speed is linear within a person. The movement speed with a certain weight of course differs per person. You could therefore loosely say that if my maximal velocity in lifting a 20 kg bag is as fast as your maximal velocity in lifting a 40 kg bag, that those weights are relatively equally heavy to us.

So, the higher the weight the lower the speed. But also, the more fatigued the lower the speed. After you lifted the heavy bag to the ceiling a couple of times, you will get fatigued and therefore your movement speed will decrease. Instead of rep counting, you could therefore work with a decrease in speed as a marker for fatigue. You could for instance say: pull-up as fast as possible and stop your set when the pull-up speed of your repetitions decreases 25%.

After 8 weeks with a total of 16 sessions they looked at the results. The VL25 group (obviously) did a lot less repetitions (364.4 ± 82.9) than the VL50 group (566.1 ± 128.1). The VL25 group significantly improved in all analyzed variables like maximum number of pull-ups to failure and average pull-up speed. The VL50 group … did not. As the researchers concluded: “further repetitions did not elicit additional gains and can even blunt the improvement in strength and endurance performance.” This conclusion looks a lot like another study on velocity loss in squats where “VL20 resulted in similar squat strength gains than VL40 and greater improvements in countermovement jumps, despite VL20 performing 40% fewer repetitions.”

In other words: less could be more and more could be less. To make sure you can objectively start experimenting with this principle, I would recommend considering VBT as a substitute for reps and sets in your training plans. You can easily track your speed with a speed sensor like PUSH or Beast. You can also use an app on your smartphone like My Lift.

I personally use a Beast velocity sensor to track my movement speed. Soon I will write more about the velocity sensors out there, and what other advantages VBT has to offer!